The fibromyalgia poses a serious problem with the official medicine, which cannot still classify it nor to treat it. This explains can be why she is still not recognized as pathology whereas it is the case in other countries. Fibromyalgia and natural treatment: quantities of tracks and methods of alternative care, because this disease can have various origins. Review of detail :

Among the tracks studied by certain researchers, that of a pollution due to aluminium and heavy metals is frequently evoked. By the vaccines but also by the food. And in fact, certain people actually could have this factor starting for their pains of the fibromyalgic type. The natural treatment of the fibromyalgia in this case, according to its prescribers, would be to eliminate aluminium present in the organization then to reinforce it :

A natural treatment of the fibromyalgia of this type is long and expensive, and according to the naturopathe consulted posology can be very variable. When one reads the comments of certain Net surfers on the forums dedicated to the pains of the fibromyalgic type, one is in right to think that does not concern all the patients reached of fibromyalgia, because many of them are not found in the problems of intoxication to heavy metals. One remain in a classical approach with force potions, beverages, associations multiple, etc I moreover received several times of the patients suffering from fibromyalgia, having made times up to 2 years of chelation of heavy metals without no convincing result (it is in particular the case in the video below). 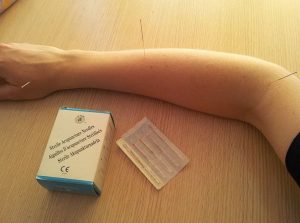 We cannot speak about fibromyalgia and natural treatment for these methods, they are improvements, a better comfort of life there still.

THE SPORT AND THE FIBROMYALGIA

This review of the various natural approaches to look after the fibromyalgia appear random to me, the effects are very often transitory, one more often observes of the relieves than cures. All this encourages me to continue in the way which I opened up: déparasitage in mouth of the matters incompatible with the subject. The electromagnetic dimension is absolutely not taken on in account, and as I say it in the page which treats fibromyalgia there is quantity of diseases which present very close symptoms and which are really different. The cause of much of fibromyalgia is an electromagnetic interference due to matters in mouth or on the body. All the patients fibromyalgic that I could test are proven électrosensibles and intolerant with certain materials in mouth.

In conclusion of this analysis of the various approaches I will say: Fibromyalgia and natural treatment, yes, but not anything, not at any price. Make beforehand test your matters stops some (or on the body) in order to determine if you are incompatible before you to launch in therapy long and ruinous for dubious results.

Fibromyalgia and natural treatment: the electromagnetic déparasitage stops some, a true solution

This video was carried out with the agreement of a patient who suffered from a fibromyalgia. I received it with my cabinet, it had very tried or almost during 2 years. He remembers very well that all its problems appeared during the replacement of amalgams by prostheses (out of Zirconia in its case), until in becoming completely blocked. The postural tests that I made on him showed immediately of the incompatibilities with dental prostheses. At the time of its visit after extraction and replacement of the incompatible matters, he even declares himself cured to him! Yes there exists a natural treatment of the fibromyalgia! Read testimonies of patients suffering from this disease received since from the years !