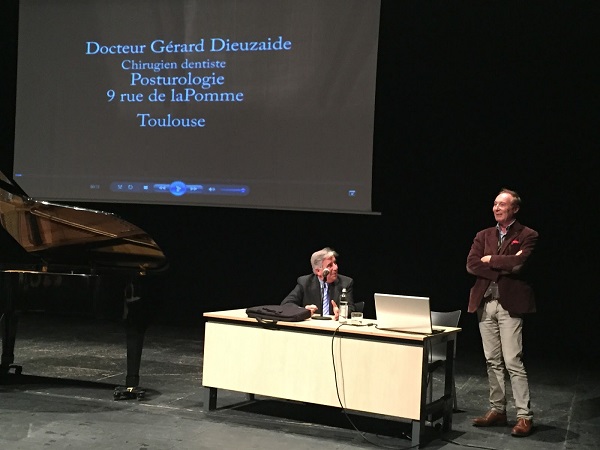 The Homo erectus which literally means “the drawn up man”, lived in Central Asia and Eastern with the Paleolithic inferior, there is approximately 1 million years. At its beginnings gatherer of fruits and roots, hunter of small animals and vulture, and larger, like the elephants. He is the first to have domesticated fire, 450,000 years ago. This station upright enabled him to have the glance further carrying thus developing more sophisticated techniques of hunting and better protecting themselves from its predatory. At the beginning records of will, this position became with natural time one second, a reflex.

Since, to be held upright, the man fights perpetually against gravity. To preserve its verticality, it must continuously adapt its body to its environment according to the external signals received by its various sensory sensors like the eyes, the spinal column, the language, the teeth, the internal ear and the feet. A few hundreds of thousands of years later, the Homo sapiens wants to understand them holding and outcomes of this position which is so familiar today for him.

This young science called posturology can be regarded as a method of study multi-field of the automatic and unconscious driving act which makes it possible to the man to stabilize his posture in statics or dynamics. Thus the human being can take the measurement of its environment in order to be located in a harmonious way at it physically but also psychologically.

The postural balance, how that function?

Muscular tensions tonic reflexes make it possible the body not to crumble as a vulgar heap of bone would do it. If one compares the vertebral axis with a chechmate of boat these is the tonicity which tightens the stays. A weakness, an imbalance or an asymmetry on this level, compromise solidity, the security and the perenniality of the ship. So that these tensions are adapted to a given situation, static or dynamic, it is necessary that information coming from our environment can be engrammées so that these tensions can be harmonized:

With final they are the effector i.e. strengthen and especially those which one calls tonics or anti gravidic which will be the executants. If these messages are badly transmitted, badly received, deformed, parasitized, incoherent or badly interpreters, then the muscular answer will be incoherent, anarchistic, unsuited and the patient will be inserted in postural pathologies. The clinical picture will consist of a procession of symptoms which will form the syndrome of postural deficit or S.D.P :

The posturology is not only the study of the man in space (stature, balance, stability). It is also the study of human balance in the broad sense, i.e. mental and emotional. Let us not forget that health is a state of complete wellness physics, mental and social, and not only one absence of disease or infirmity as defines it a certain traditional medicine which is a medicine of the disease and not of the prevention.

The treatment of the syndrome of postural deficit will be always interdisciplinary: chiropodist, dentist, orthoptist, speech therapist, osteopath, but also kinesiologist and other energeticians will have to work together, with an only one aim, that to do the best favour possible for their patient. By forgetting its ego but also its vault, each one having to take a step towards the discipline of the other, to marry knowledge and to accept the differences. 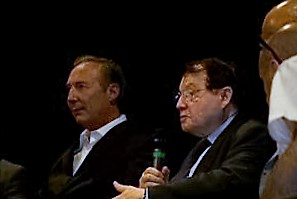 The goal of these interventions is to allow the issue covered to reinstate limits in which it will be able to adapt thanks to its own natural possibilities. It never should be forgotten that an adaptation can be perennial, whereas a compensation is often transitory.

The posturology is also a school of humility. No device, no platform will be able to replace the clinical direction and the experiment of the expert. One sees thus that the posturology has a comprehensive view and multi-field health. Taught at the fundamental level in certain universities, it can be regarded as a bridge between official medicine known as symptomatic and the alternative medicines or energy.

Indeed, as in these last, the posturology has a holistic vision of the man. In this kind of approach, all the actors of health concerned share their knowledge, for the benefit of their common patient. He comes out a consensual therapeutic direction from it. The specialities concerned are very broad. One will meet the psychologist like the chiropodist there, the dentist, the speech therapist, the orthoptist, the osteopath, the nutritionist, and I forget some. The medicamentous chemical treatments are exceptional there.

Just as the alternative medicines speak about balance or about energy harmony, the posturology speaks to us about balance, harmony of tensions. In the same way, in these two medical approaches, it is exceptional to make use of chemical drugs.
There exists thus an undeniable relationship between these two approaches.