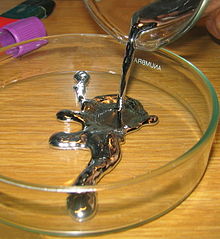 “Hello doctor, I am poisoned with heavy metals” is the kind of call which I receive the every day with my cabinet. From the exit of the book of Françoise Cambayrac, “Truths on the emergent diseases”, a large number of people suffering from symptoms described in this excellent work, put on mercury and other heavy metals their problems of health.
I advise with everyone to read this work which challenges and opens solutions, tracks for a large number of patients, rejected and misunderstood by official medicine.

However in time that expert, clinician, posturologist, specialist in the electrosensibility, in the middle of the problems of health evoked in this book, I do not share, at least partly, the point of view which is developed there. In the lines which will follow I want to say which is my opinion on this subject, not by taste of the polemic, but only to inform of my observations, which rest on the observation and the treatment of several hundreds of people. And that only so that can be used for the improvement of health of a large number of patients.
Mercury is a poison, that is not discussed. It is not necessary any more that the dentists pose amalgams in mouth. When an amalgam is removed a rigorous protocol must be applied. But certain evils which one shows it are not with my not justified direction. Why?

Because the doctors who dealt with pathologies that they thought related to mercury did it without knowing the electromagnetic reference frame of the matters located in mouth. And it is on this level that there exists an unhappy confusion. Françoise Cambayrac speaks to us about chemical intoxication to mercury, because of amalgams, whereas I speak about electromagnetic incompatibility, sometimes with the amalgams, but also with large number of matters posed in mouth, zirconia understood, with due respect to my prestigious fellow-member, Sami Sandhaus. It is not at all similar!

More the share of the symptoms which it describes in its book, for me it is an obviousness, have above all, an electromagnetic and not chemical origin as it thinks it. I speak about chemistry in relation to the amalgams. There are many origins with these intoxications, in particular food “the mercury levels in the seals and the whales white whales of the Arctic increased approximately four times during 25 last years in certain areas of Canada and Greenland, with implications for the communities which consume marine mammals.

Let us imagine a person, whom one will call Dominique, feeling the unit or part of the disorders that it describes. After having made the turn of all the existing forms of medicine without any result, one finished by him speaking about the intoxications to heavy metals. A small round on Internet, some books, some forums, and its opinion is made, it is poisoned. Moreover it has some amalgams (leadings) stops some, and is said it, that must come from there! Of course since there is mercury in quantity in these obturations which posed to him of the dentists. The book of Francoise consolidates it in this way, and she recognizes the symptoms which are them his, the doubt is not allowed, finally she holds a track which can bring it has to find a better health.

After being itself indicated, it understood that it was necessary to make a test of provocation to check that it was poisoned. Return was caught with a medical specialist, here us are party for a test with the DMPS. And indeed the results are there. Its mercury rate is enormous. Whereas on on the report of the analysis laboratory normality for mercury is of 1 or lower than 1, it has 10.20 or 30 or more. In its head it is panic, and its pains increase. Panics because it compares with analyses which it makes regularly, such as for example its blood sugar, its cholesterol, or its triglycerides. Normality for sugar it is 1 or less, one rate with 10 that would make 10 times too much, it would be dying, similar for cholesterol, normality less than 1.5, in, 15 it dying or even already would have died, idem with triglycerides, normality with 2, but to 20 it would be a catastrophe.

Let us start by commenting on this normal level of 1 which is the standard at the Microtrace laboratory. Well it will quickly be done since that does not exist! Or then at the man of Cro-Magnon can be, our ancestor who lived on the ground 50000 years ago. I made make a large number of these tests by a friendly doctor of the western south of France, sometimes at people in excellent health, without any amalgams in mouth, and we have that exceptionally less than 10, sometimes 20.40 or more.
I think that the Microtrace laboratory should re-examine its standards, or to present them differently, in any case to adapt them to our time. For example by sampling a class of population in perfect health, virgin of any matter in mouth, and alive in a healthy environment.
But let us return to Dominique. Thrown into a panic by its mercury rate it decides to begin a chelation, with the DMPS, the DMSA, or by any other technique.
At the end of a few months it does not feel improvement of its health, and on the advices of its therapeutist it decides to be made remove the amalgams (since it appears that they should not be removed immediately). They are removed to him one by one, gradually as that must be done, and that takes a few weeks sometimes a few months.

Two cases of figure can then occur

But what actually occurred it is qu’on removed amalgams to him, and they should well have been replaced by something. Composites, inlay ceramic, or other reconstitutions. Either it presents actually a magnetic electro incompatibility to these reconstitutions and it is that which is responsible for the increase of the pains in the following weeks and months.
Either it made a reaction of herxheimer (Herxheimer to see Wikipedia). This reaction, which lasts a few days, is due in this case to the relaxation of toxins enclosed in its muscles at the time of the relaxation of its tonic system after the removal of the amalgams. (When incompatibilities are removed there is a violent tonic muscular relaxation)

Conclusion: Any matter in mouth can involve serious health problems, and them amalgams are only one among the others. They should be removed only if the various tests which one practises indicate us if there is an electromagnetic incompatibility with the subject which carries them. If it is the case the matters which will replace them must be tested, even if they are not metal, to make sure of their harmlessness.

Any matter emits an electromagnetic radiation whose characteristics depend on the transmitting matter, it is a principle of physics. This radiation is raised in the presence of environmental electromagnetic fields. Like very precisely says it professor Dominique Belpomme, these materials make antenna with the environmental fields, like an echo.
We are thus more in the problems of the electrosensibility, of the hyperelectrosensibility that in the problems of the intoxication.

This knowledge is not in the reference frame of modern medicine, and it is always difficult for a therapeutist, also brilliance is it, to give up the conceptual base on which it based his own vision of the world. and its career.

Then should chelation never be made? Not of course, Because a chelation relates to a large number of toxic metals, and not only mercury. In a large number of neurodegenerative diseases this physical pollution chimico has a share of responsibility which is not any doubt.
And it is only in the event of heavy load in heavy metals, with my direction more than 60 in reference frame MICROTRACE for the mercury which is needed chélater.